The Life-Changing Wisdom of Bikepacking 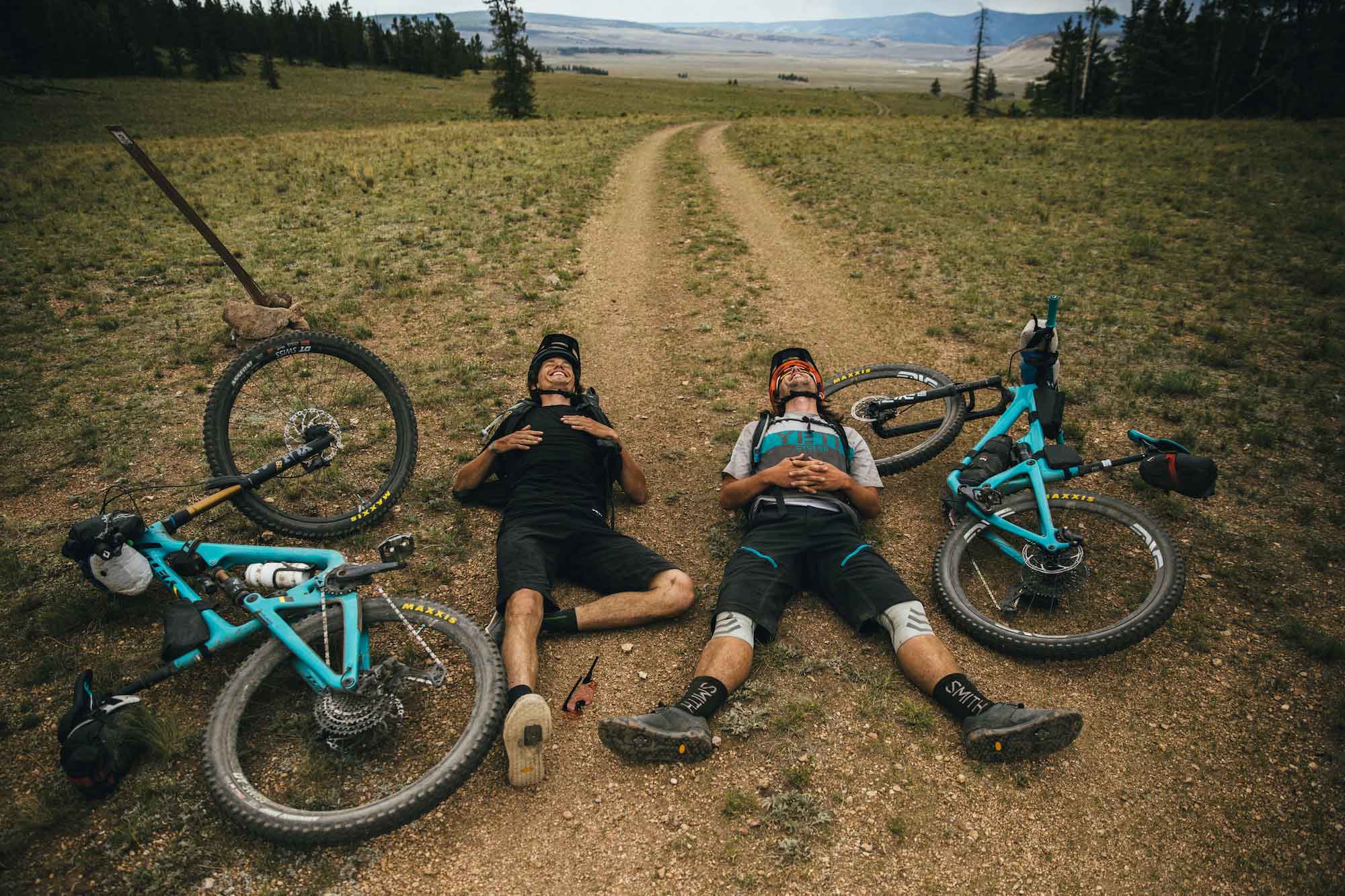 “Whenever I'm kind of stumped on what to do next in life, I go for a bikepacking trip and think about it,” says Joey Schusler. That’s lucky for us, because often those trips to far-flung places like the Andes, the Himalaya, and Mongolia have led to Joey’s gorgeous, inspiring films, like RJ Ripper and The Trail to Kazbegi.

A former mountain bike racer, Joey has transitioned to more adventure-oriented riding, lugging along heavy camera gear, too. Somehow he makes it all look easy, and anyone who’s watched one of his films has probably daydreamed about strapping their camping gear to their own bike and hitting the road. That’s why we hit Joey up to find out what he’s learned over the years. He shared photos from a recent trip on the Colorado Trail and his advice to other would-be adventurers.

You definitely learn a lot about yourself bikepacking.

"It's so hard, and it's a singular task that you're doing all day, every day for many days in a row. You learn that if you ever need a reset on priorities or just what you need to do in life, being out there for that long is always such a good reset.”

And you learn so much about the people you're with.

“It gives you so much time to be together and learn about each other. That's super valuable.

You're constantly making decisions together—whether it's where to get water, or where to eat, or how much to eat or where to camp, or which way to go—and relying on each other, and checking in on each other's wellbeing. You feel a heavy sense of teamwork when you're taking care of each other, and just become more aware of both your physical wellbeing and those around you.”

It's a different style of riding with loaded-down bikes.

"But I've learned that it can still be incredibly fun. It's not as playful and quick style of riding, but you can still go just as fast and have just as much fun. It’s just more like the freight train coming down when you're all loaded up.

Learn to ride within your limits, especially when you're way out there in the middle of nowhere. Like, you can still go fast and have fun, but you're taking a closer look at everything and your brain's more turned on and engaged. Even on the Colorado Trail, which is close to home, there are some pretty remote sections that you don't want to get hurt in.”

It's always good to get local knowledge.

"Any time we plan a trip, even if it's the Colorado Trail, it’s asking around to see what the snowpack is, what the weather has been doing, communicate with the right people in the right places to gather information before you go. Maybe it’s seeing some friends on Instagram and hitting them up. Or asking a shop is a great way to do it.

Things like the Colorado Trail have a ton of resources online, like The Friends of Colorado Trail Group on Facebook. For most of the popular trails, it's pretty easy to find that information. Some of the more obscure routes can be challenging, but there's always a way.”

A big thing I've learned is how to work as a team and carry gear like a team.

"Like taking one piece of gear that benefits the whole team and splitting that up. The first trip we did, everyone had everything. They took some bikepacking pack list and we all took that stuff. And then we realized if we're a team, we might not need all that stuff.

Like did we have the stove and sleeping systems? Now we all kind of share a tent and food planning and camera gear and it all gets divvied out evenly. You can cut out so much excess if you work as a team in terms of bringing gear. Seeing other people going on their first bikepacking trips, and it's the same thing—everyone brings everything. Everyone has got their own Jetboil and all their own little things."

No trip is the same, and no packing list will ever be the same.

"It's always this adapting thing, based on weather and where you're going, and if there are going to be water sources and what the food resupplies are like. You just learn a framework of what to bring over the many different adventures, as opposed to just your go-to pack list that's all you ever bring.”

Ten days is a really great length for a bikepacking trip.

"It's easier to plan than anything like super mega, but it's still long enough to really feel that day-to-day-to-day “we're riding bikes and that's it” sort of feeling. I definitely felt that on the Colorado Trail last summer. And it's enough to traverse the majority of a state. You can cover 500 or 600 miles pretty reasonably in 10 days.”